Why You Need to Stop Celebrating Zero Lost Time Claims

Stop lying. We all need to stop lying. The number of lost time claims you have is not a measure of safety. Yet in many industries it’s a badge of honor. It’s a sign in the lunchroom, or a banner on a chain link fence that says:

While for some companies this may be true, for others…(as Matthew McConaughey would infamously say in The Wolf of Wallstreet) “It’s a Fugazi”….a fake…it’s not real.

This article is about focusing on the process and praising the proper steps that are needed to achieve a result. How to empower your staff to better manage incidents to mitigate the effects of injuries on your employees and the staff that manages them. 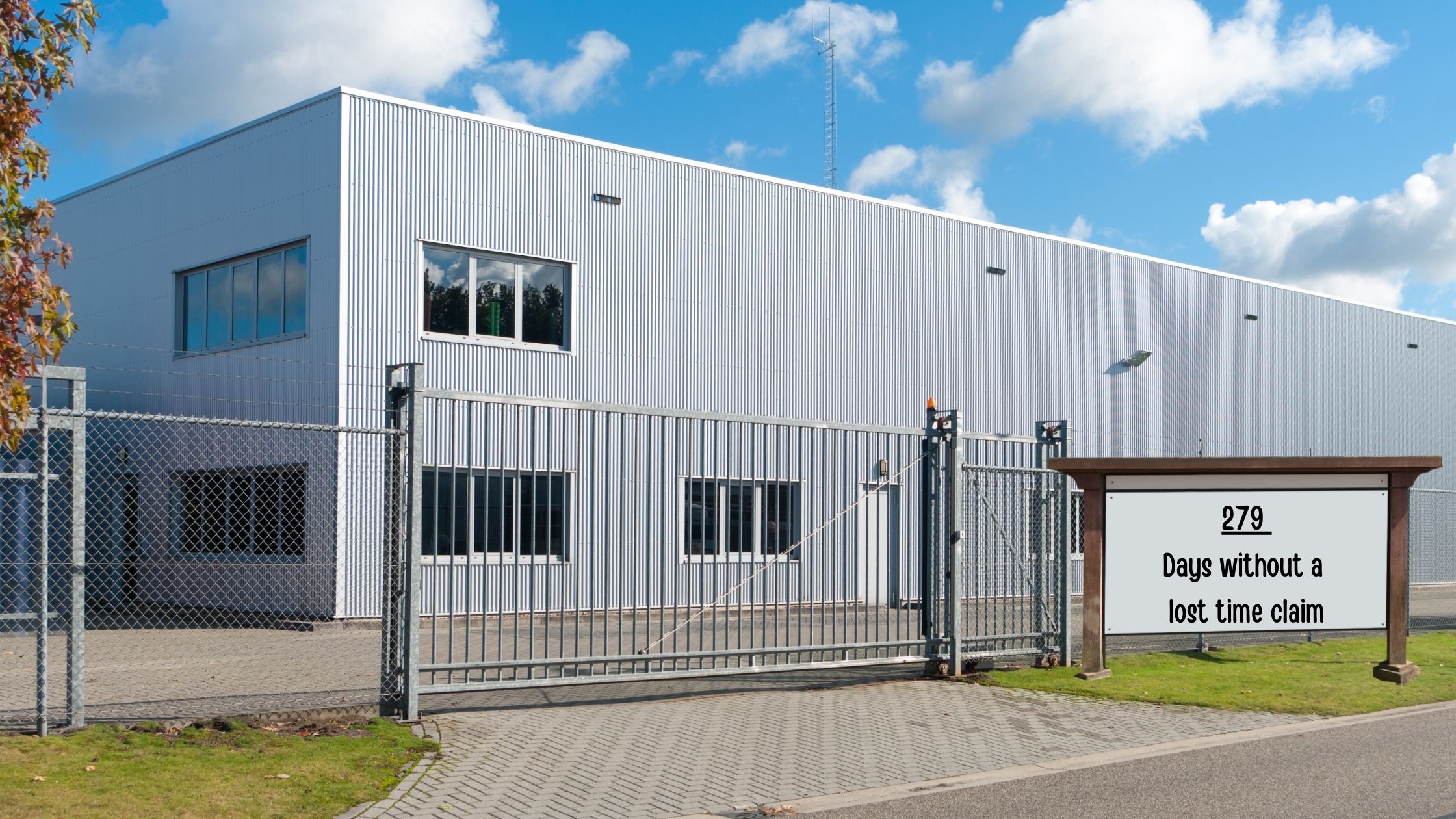 What is wrong with “zero lost time claims” and how to fix it?

It’s a corporate goal to give the outside world a perception that “we are a safe company.” When it could just mean we have people who know how to make a bad thing go away.

In a book by L. Jon Wertheim and Sam Sommers titled: “This is your brain on sports” a particular story hit me. What intrigues me about this one chapter in the book is how praise was given to players on a team and the effect it had on the overall success of the team’s season. For the record, this was not a winning team.

The coach gave praise such as:

This is considered “generic praise.” It’s not specific to anything or more importantly…anyone.

All of this is generic and what I like to call “corporate speak.” Companies use:

to show how safe they are.

Lost time claims, WCB premiums, and TRIF may suggest that a company is safe, but to be truly honest you’d have to look at each incident on an individual basis. You need to pull back the curtains to see HOW a story gets told. It can be very different from WHAT actually happened.

What is a lost time claim?

A lost time claim happens because a worker suffers a workplace injury. The worker sees a medical professional and it’s recommended they remain off work for a specific period of time because of the injury.

If the worker doesn’t come into work, that now becomes a lost time claim. 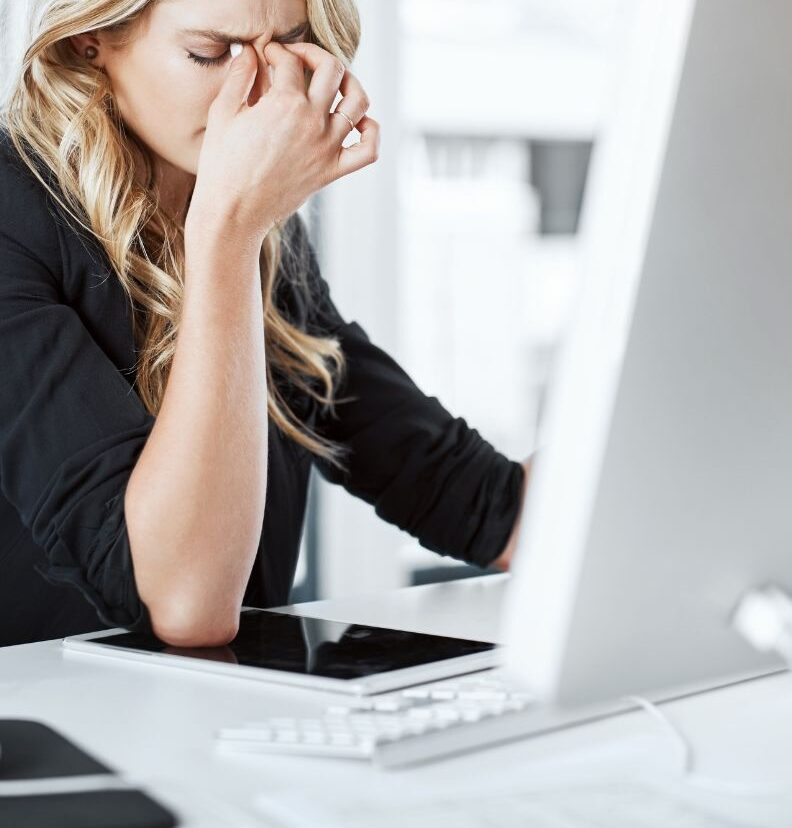 It depends in what context you’re talking about. Prevention or management?

Obviously, you want to avoid incidents in the first place. Companies will spend millions on prevention.

I want to focus on what you must do AFTER the incident has happened.

In many cases a company will offer modified duties to avoid a lost time claim. This is where a worker may not be able to work their regular job or hours, but they are able to do something. (Eg. Office duties).

The worker will then return to work, but they will work within their medical restrictions. After an incident occurs, modified duties are the most effective way to combat time loss claims.

There are other ways to avoid time loss claims, but for simplicity we will leave it at modified duties.

Who decides if the incident is a lost time claim?

It again depends on the context. Which classification guideline are you using?

Most companies in Canada must have Workers Compensation (WCB) Coverage. This is because the provincial legislation requires it.

Each province’s WCB is slightly different. However, they all have policies that govern their decisions when it comes to workplace injuries. In most provinces, WCB considers a lost time claim when the worker misses their next regularly scheduled shift. 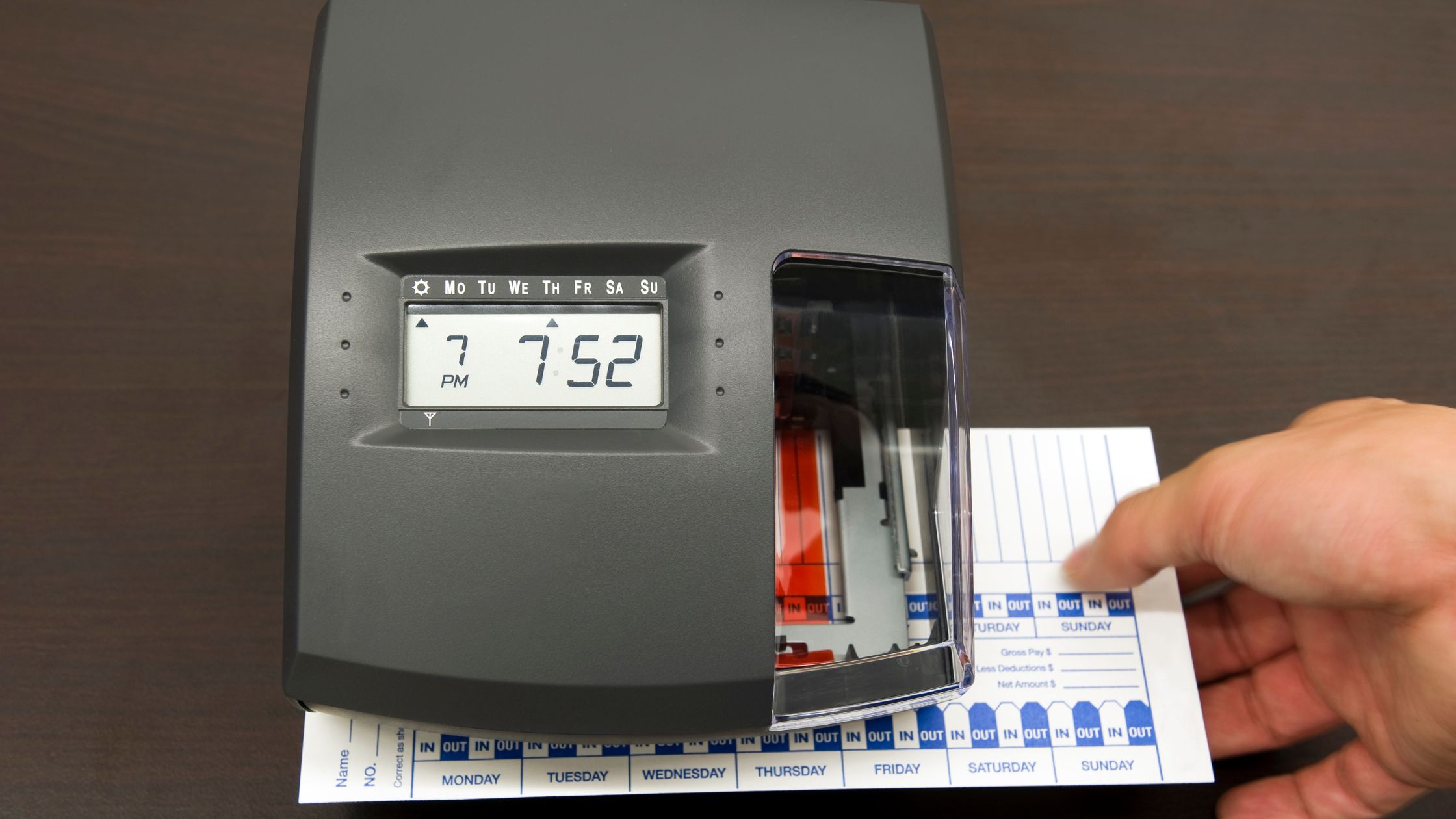 A worker works Monday to Friday. They are injured on Tuesday. The next regularly scheduled shift is Wednesday.

In other industries, they have classification guidelines that are used to classify workplace injuries. The criteria may be quite different from WCB. Which is why you could have a lost time claim with WCB, but not with an internal or industry classification.

Side note: If you’re interested in seeing an example of this guideline email me by clicking here.

Why is celebrating zero lost time claims a lie?

I want to start by assuming you work for a company that despite your best efforts to prevent workplace injuries and WCB claims…they still happen.

Now that we know there are multiple classifications out there…ask yourself: which one was used to say you have zero lost time claims?

I have worked with companies where they’ve had 4 lost times with WCB, but due to technicalities in the industry classification they recorded zero in publications and signage.

Which brings me to the other point. Who you have managing the incident and how you respond has a profound effect on whether a claim is a lost time claim or not.

As a specialist in claims management & WCB claims, I’ve personally been responsible for having what is a lost time claim in reality be something completely different on paper. That same paper they used to put the banner on the chain link fence stating : “Zero lost time claims”.

That same company bids on a project and is awarded millions because they knew how to manage the claim better than their competitor to avoid the lost time statistic.

Now this was all done properly and within the rules set out by WCB and in the classification guidelines. However, it also happened because I have a specific skillset which I used to gather the information I needed to avoid putting a lost time claim on paper.

If you or the company you work for doesn’t have that skillset, you may take a hit on a lost time claim because you weren’t able to tell a different story. This puts you at a disadvantage when trying to bid work with a company that does have the skillset. 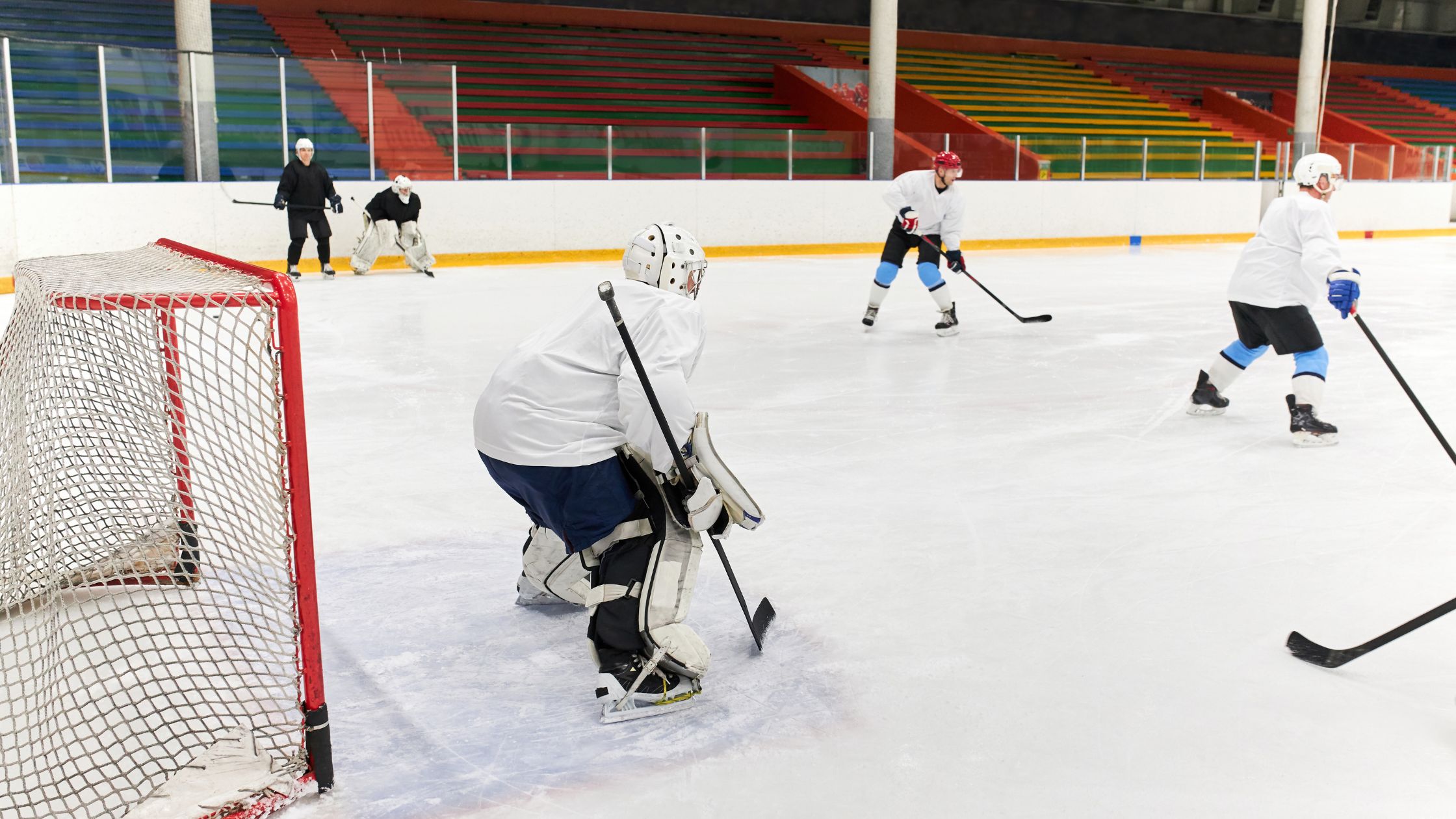 What a hockey team can teach you about zero lost time claims?

Earlier I spoke about the book: “This is your brain on Sports” and how praise was used. What I didn’t discuss was how specific praise can be used to get a better result.

Instead of praising zero lost time claims, companies need to start praising their people when they do the little things properly.

In the example given in the book, a hockey team was suffering from multiple losing seasons. They wanted to turn things around. Most teams would try implementing new strategies, improve facilities, or watch more game films.

Instead, the coaching staff asked the players what they felt they could be doing better?

The response from the players was: “We need to disrupt the other teams play by body checking better.”

When you body check the other team, you start to control the game which in turn helps you control the outcome of the game. You force the other person to make mistakes.

The coaches made a point to praise individuals on the number of clean body checks they delivered. They would say:

Not only did the team start winning games, but the statistics also showed that penalty minutes remained the same. Meaning, the team got more aggressive while putting them at a disadvantage for doing so.

How does this translate to you and your company?

Your company can start by:

How can I give praise to my team?

When you give praise, be specific to the person, the situation, or action. In doing so you’re highlighting the process. You’re reinforcing that these things matter and when you do them properly, the results take care of themselves. 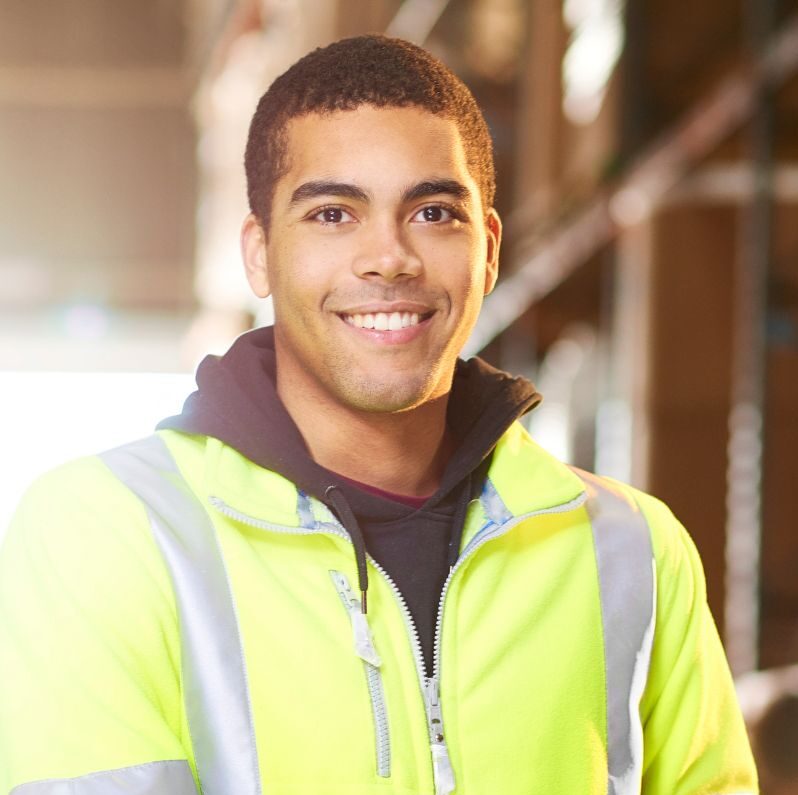 Examples of specific praise are:

These are simple acts that make a huge difference.

You avoid lost time claims because you work as a team to prevent and then to mitigate an incident. From the injured worker to the supervisor, health and safety, management, medical staff, and WCB.

Each has a role to play, and each should be acknowledged for doing the key things right. Yes, we all want to be a part of the journey to zero lost time claims, but you want to feel like you had a part of it. Not just because you were on the team, but because you did something that made a difference.

Who is Workers Comp Simplified?

For more information about how we can help you, speak with one of our WCB experts by clicking here now.

Access online workers comp courses which you can take in your own time and complete in as little as 30 minutes to 2 hours. 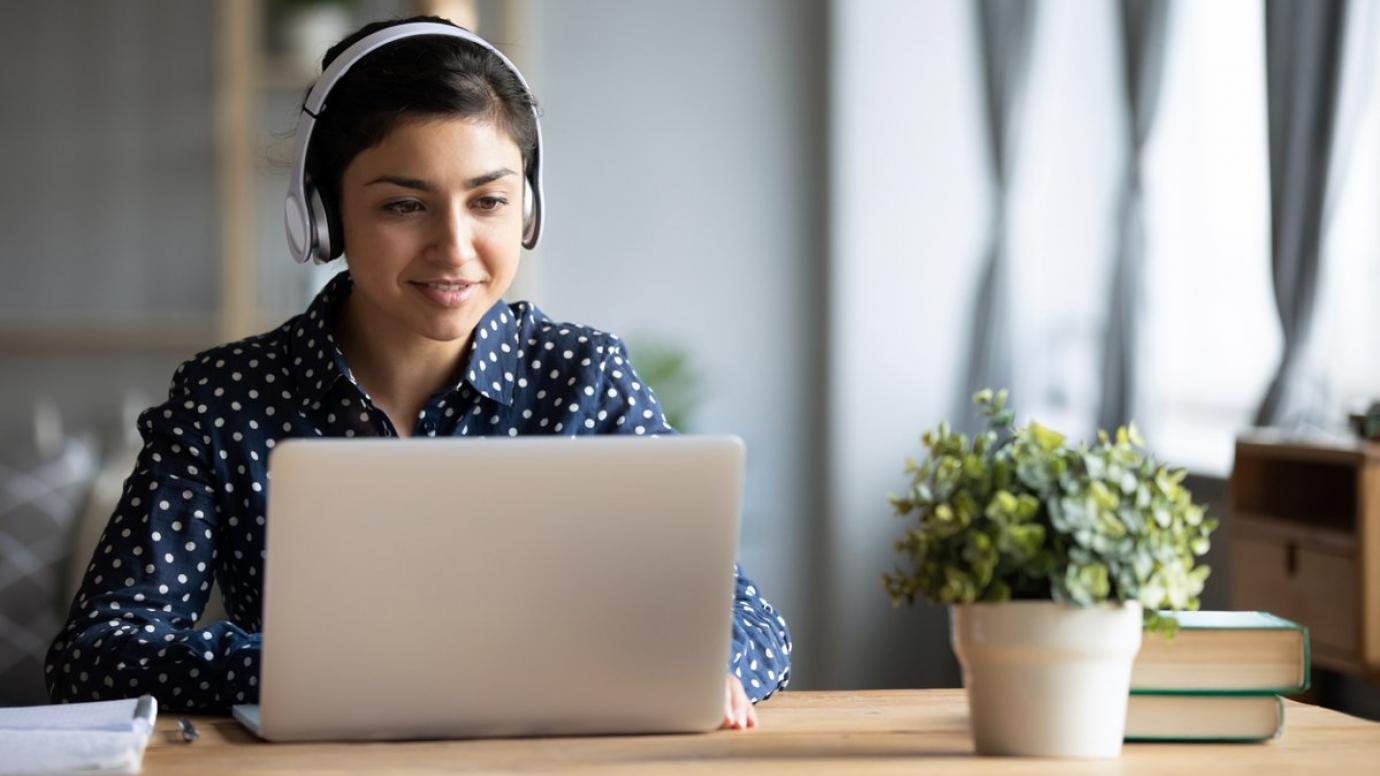 We're here to answer any question you may have about Workers' Compensation. Contact us and we will get back to you as soon as possible.